How To Write Your Personal Mission Statement 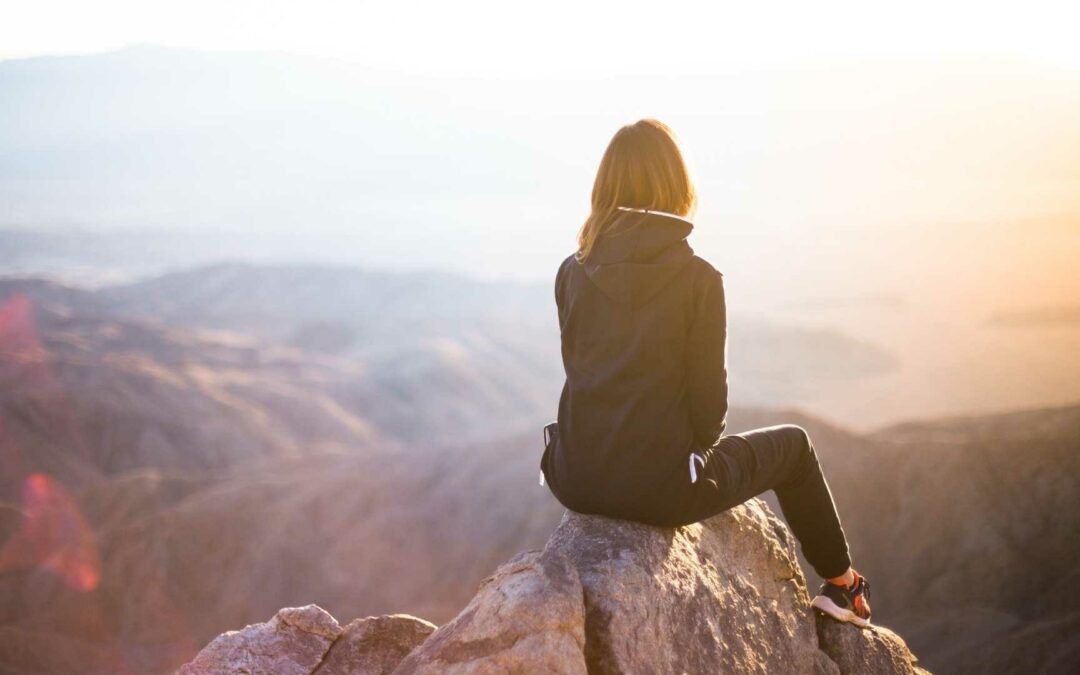 Do you have a personal mission statement?

This is the sixth installment of our Snackable Series Live. The text below is adapted from our Live conversation.

Hello, and welcome to another Snackable Series! I’m Whitney Hahn, the Insight instigator at provoke better.

We’re gonna be talking about building a personal mission. Before we get into that in just a second, my office is actually getting repainted today. Excuse the simple set-up, I’m improvising.

When you build a personal mission statement, however, you’re probably doing a lot less improvisation. At least that’s my hope for you.

These are cultural scripts. And for a lot of people, that works just fine until you don’t have a cultural script. For most of us that happens around age 35, we have had a marriage or a significant other in our life, maybe we’ve started a family, the kids are well on their way to being their own full grown adult people. We don’t have a cultural script telling us what our story should be anymore. The midlife crisis may be a reflection of the lack of that script. And if you let that persist, you can get really dissatisfied with your own life.

I know that I’ve encountered this, I’ve had some restlessness, that’s usually how I characterize it. It’s just like itchy feet. It’s this feeling that there’s something more for me, but I don’t know what it is. Now, the good news is that if that is something that you’ve experienced in your life, it’s relatively easy to solve. What you’re missing is a script. And you, my friend, are the script writer. I know I’m gonna give it a second to let that concept sink in.

But we all are, we’re actually in charge of our own lives. And the narrative that we’re writing for ourselves in a way that I think a lot of people don’t fully capitalize on. We call it narrative as a script writer. That’s what I’m thinking of. If you’re a television script writer, you’d call it the logline. Like what’s the point of the story? Viktor Frankl talked about how it’s the existential crisis that you go through. And there are lots of different ways to describe this.

What you’re doing when you start to take control of the narrative and the script for your own life is you’re building your personal mission statement. And you’re giving your life some meaning. You’re giving yourself some direction.

To get into your personal mission, ask yourself a few questions.

When you pause and you think about these three questions, it may influence lots of other decisions in your life.

Write down a few notes about these three questions. And then if you want to, in just a few minutes, I’ll ask you to share them with me and we can talk about what that means for you.

Now if you want to know what these questions have to do with your own personal mission, I’m all about hitting the easy button and so I have a structure for you. If you can write your personal mission following these fill in the blanks, you’ll be ahead of a lot of people who haven’t even taken time to do the thought and write the statement out and this will be in the recording later.

(Your Name) wants to overcome (state the resistance)
to accomplish (state your ambition)
because (state why the ambition matters to you and others)
so that (state the good thing that will happen)
and avoid (state the bad thing you are trying to avoid.)

I mentioned restlessness for me a little bit earlier. That could be a resistance that I want to overcome and accomplish my ambition or my transformation.

What is it I’m moving toward? Because then you state why your ambition matters to you?

What is it about that goal or that ambition that makes you want to flip a table and stand on top of it and shout to the heavens and say I need this? I deserve this. The world deserves this. Why is it important to you? What is it about that thing that will help you make new choices that will help you say no to distractions, and yes to opportunities.

The mission statement then continues. So that statement, good thing that will happen to you. And you start to feed your brain and your body and your soul and your energy with that image, that vision of what life could be for you, and avoid the bad thing that you’re trying to avoid

What’s at stake? If you do nothing, nothing will change. So why take this risk and doing something different, could be a small risk could be a big risk. But let’s admit it, it is a small risk to change something that you’ve been doing. Those are the essential elements of your personal mission statement and how you can craft it to better serve your life. And I think this is a really important thing to be doing and a really important thing to be talking about.

This is where I’ll get a little bit personal in the personal mission state. A year ago, in September, I lost my sister to lymphoma. She was a two time breast cancer survivor. But lymphoma, it was something that she couldn’t beat. She spent about the last 100 days of her life living with me so I could help her with her medicines and try to make her as comfortable as possible.

But I have to admit until day 98 of her journey, we didn’t know that she was gonna die. She was still joyous. She was still visiting with friends as best as she could. And as often as she could, whether it was on a zoom call or a phone or in on our back porch. She was happy and joyous when going to her medical appointments. In fact, her hospice nurses from Johns Hopkins told us after she passed that, Kelly, my sister, was someone that they look forward to seeing.

Now imagine that! Imagine being that person that, even at the very end days of your life, your care team says she is such a light. After she passed, her obituary was written by a dear friend of ours, Nancy and I don’t I don’t know how she did it. It was a tumultuous time for many people. And like people’s obituaries, it’s a time to reflect on what that person has accomplished. What was important to them, how did they spend their time? What did they contribute to?

Kelly, in her 56 years on the earth, contributed to an awful lot. She traveled the world. Literally. She was in New Zealand and Australia, she participated in a camel race in Egypt. She photographed street vendors in India. She volunteered with the Literacy Council and helped numerous people learn how to read and write English better. She volunteered as a photographer for breast cancer survivors – took hundreds of pictures of breast cancer survivors because she too, was a survivor of breast cancer. She had such a deep sense of responsibility for her family, for her community, for her business clients.

After reading her obituary, my spouse said, “Wow, I had no idea that we had such a big deal living in our house for the last few months.” And she was – she was a big deal. The way that many cultural scripts might have said, be a big deal to drive a fancy car. She didn’t have a big house. Although she traveled a lot. It wasn’t five star hotels, it was often economy trips. But she still got out and she saw the world and she participated with local people. That is a personal mission that she was very proud of. And we by extension, we’re proud of her for having that.

Often, when you go through something like the loss of someone close to you, like I did last year, it gives you a chance to reflect on your own personal mission. And so this restlessness that I’ve been feeling has led me to talk more about personal missions with others. Because I have to imagine I’m not the only one feeling restless. I’m not the only one who is craving just something a little more self directed in my life.

And ultimately at the end of your life, you’re going to have the sort of obituary were other people say, oh my goodness, I had no idea they were such a big deal. Because you are a big deal – you already are. This is just the way that you can help shine it up and be more purposeful about it.

Thursday, StoryBrand hosts a one hour session on building your personal mission. You’ll get another opportunity to go more in depth in this. And typically this is an opportunity that’s only open to “Business Made Simple” members. Since I’m a certified coach, send an email to whitney@provoke better.com and put the subject line “personal mission” in there, I will get you registered using the email address that you send this note to me for and from 11 till 12. This Thursday, Eastern Time, you will learn from Donald Miller, he will walk you through some of this very same material and an extension of these exercises. And then in real time from the audience, he will be able to answer questions and help people refine their personal mission statements.

It can be so valuable to see how this happens for others to help you think about what your personal mission statement could be, and how to craft yours in a way that resonates with you that gets you fired up that helps you say no to distractions and yes to opportunities.

After Donald teaches, then you can join me for an after party on my Zoom call where we’ll debrief and help you come up with your action plan.

And again, this is my gift to you. There’s no charges, no obligation. It’s just something that I feel really strongly about. It’s one of my favorite topics to talk about. I get a little gooey when I talk about it, but that’s okay. I, I feel very certain that if something is not important enough to get you gooey, it’s maybe not important enough to get you going. So there’s there’s there’s no embarrassment when you see me get gooey. That’s how important this to me.

So again, if you’d like to join us this Thursday, send an email to that link, just say personal mission and you’ll be able to do it live. And in fact, if you are interested in this, but you’re like I can’t make it on Thursday, send a link, send an email to me anyway. Because if there’s enough interest, I will host a zoom call replay. And we can go through the content from the replay video and still do a debrief and action item.

Want to lower your marketing expenses?

Why stay stuck one moment longer? A Marketing Workshop is just what you need!